I recently was given the opportunity to speak at the Double Higgs Production at Colliders Workshop. This workshop was a really interesting one, with involvement from ATLAS, CMS, and theorists. Contributions covered experimental results from many di-Higgs decay channels, analysis techniques, phenomenology, and more. There were a ton of great discussions and interesting talks.

I gave a talk on VBF HH Generation and Benchmarks. Di-Higgs production is a very rare process, and so far, only the most dominant production mode, gluon-gluon fusion has been studied - this mode accounts for about 87% of di-Higgs events. Vector Boson Fusion (VBF) is the second-most dominant production mode for HH, accounting for about 7% of events. The interesting part about VBF production is that it’s initiated by quarks radiating vector bosons. These quarks leave highly energetic depositions in the detector, which are easy to isolate and do a fantastic job cutting out background. So, while VBF production does have significantly less signal than ggF, it can get quite good signal to background ratios by taking advantage of the unique topology.

My talk, summarizing the production mode, why it’s interesting for HH, studies thus far, prospects for the future, and more can be found here. 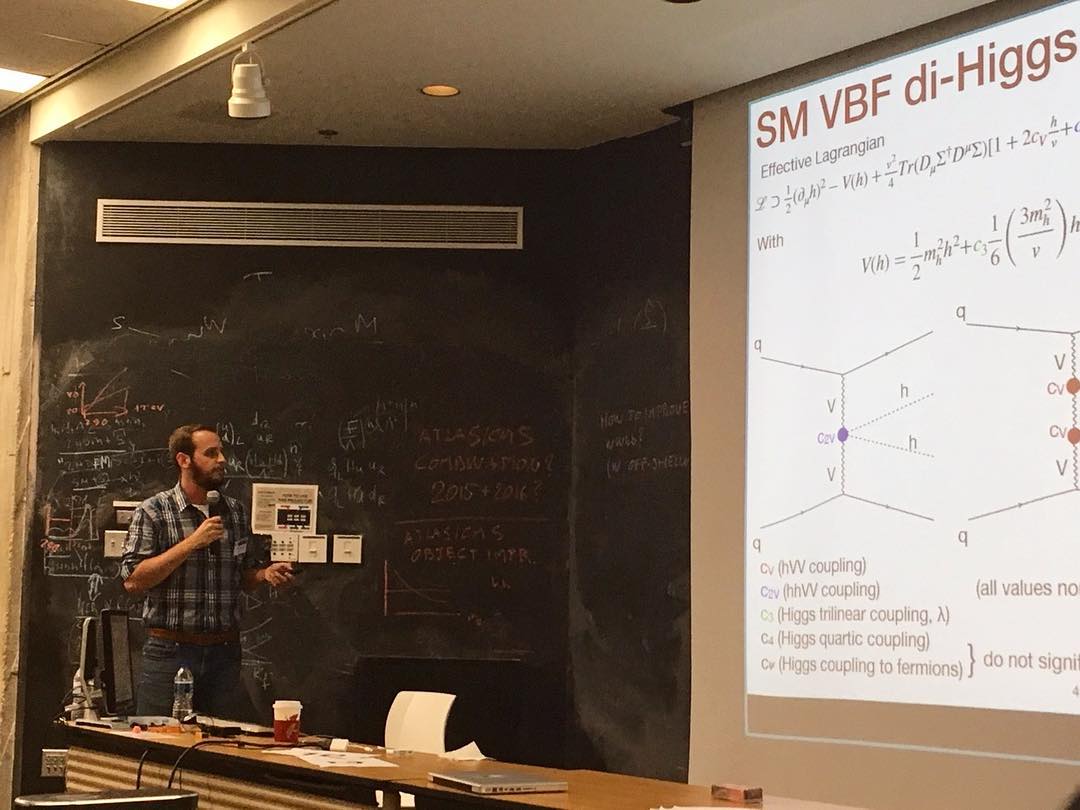