Today, the ATLAS di-Higgs combination result using data from 2015-2016 went on arXiv. The result combines the results from six separate analyses, all of which target di-Higgs production in various final states. The final states included are bbbb, bbττ, bb𝛾𝛾, bbWW, WWWW, and WW𝛾𝛾 - b stands for a bottom quark, τ for a tau lepton, 𝛾 for a photon, and W for a W boson. The results from these analyses are combined to set the newest, best limits on di-Higgs production. First, this paper sets the observed upper limit on Standard Model (SM) di-Higgs production at 6.9 times the SM cross-section. It also sets limits on the Higgs self-coupling, constraining it to between -5.0 and 12.0 times the Standard Model prediction. 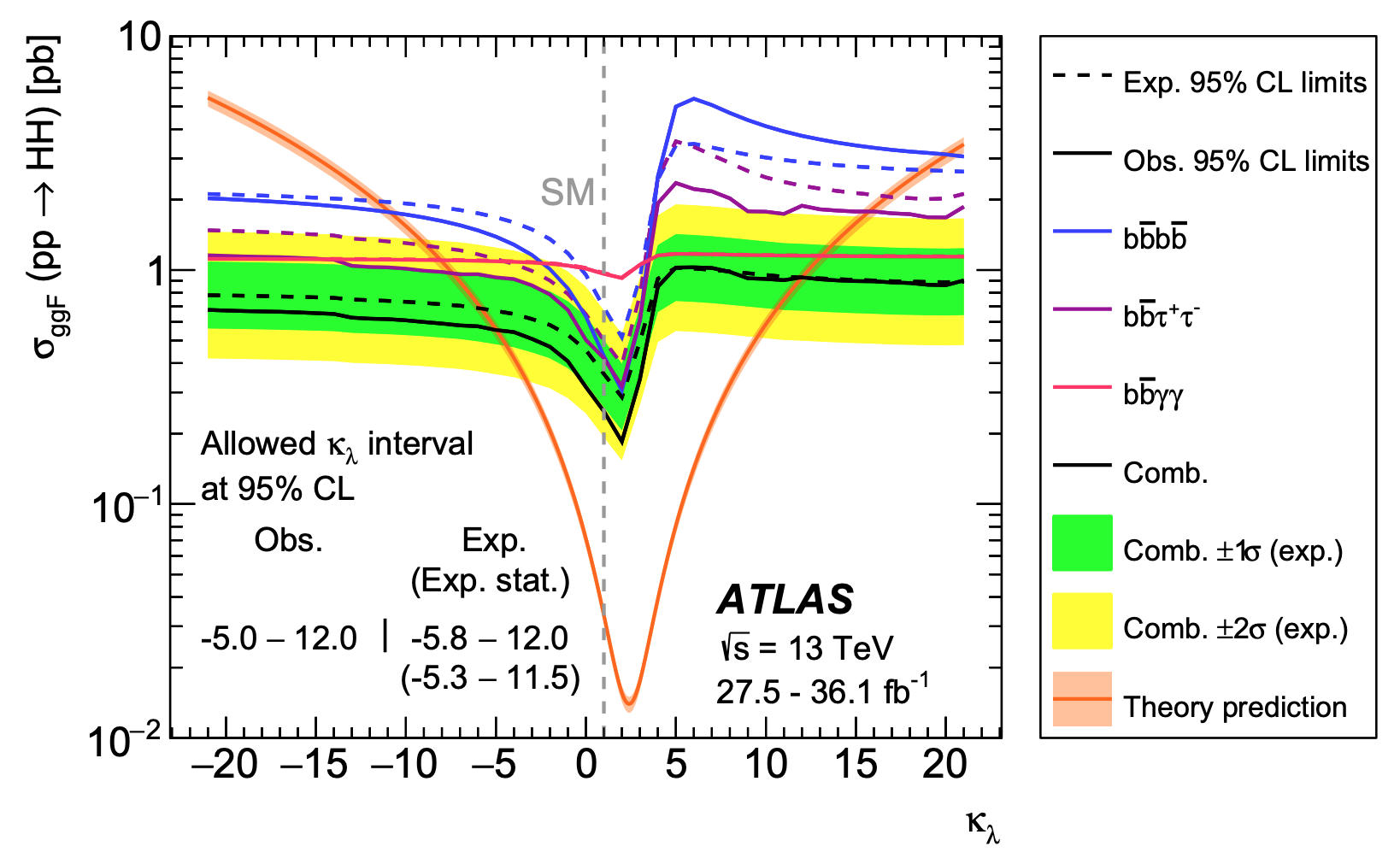 Last, limits are set on resonant production - production of di-Higgs events through a new particle beyond the Standard Model. We consider a scalar resonance, meaning a particle of spin-0, consistent with extensions of the Standard Model known as two-Higgs Doublet Models, shown in the upper left plot below. We also consider spin-2 resonances that are consistent with gravitons predicted in the Randall-Sundrum model, a warped extra-dimensions model, shown in the bottom two plots below. Unfortunately, no new physics has been found. 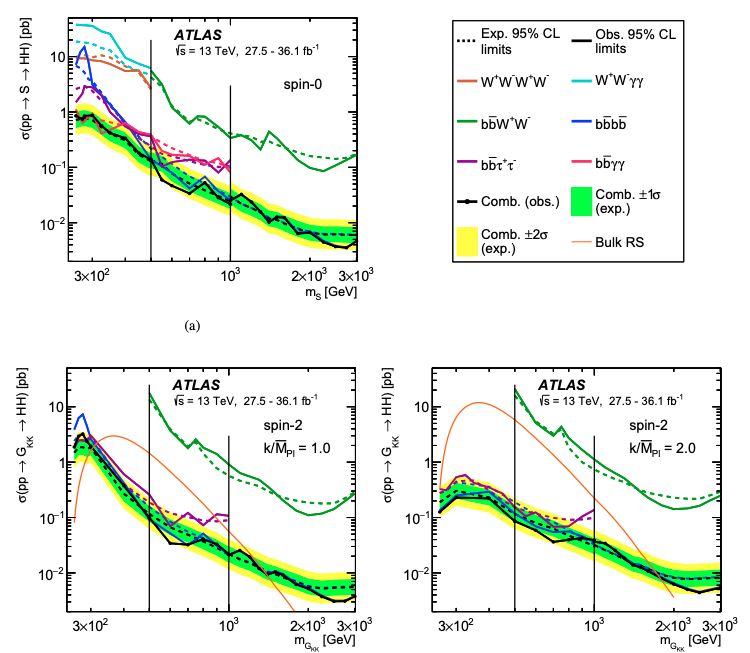 While I did not work hands-on with this paper, my work within the 2015-2016 bb𝛾𝛾 analysis contributed to this result. See the full paper here, and I’ll update this post once it’s officially published in a journal.